Canada’s railways looking to put 2020 behind them 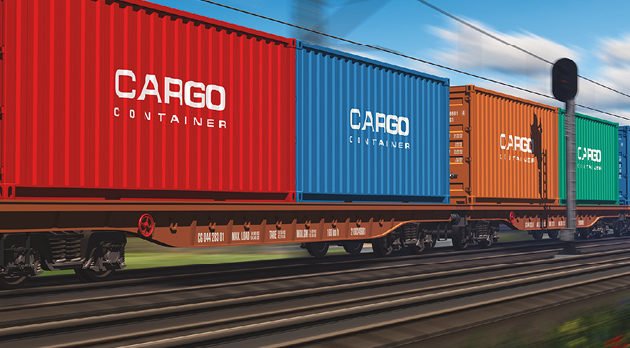 Canada’s railways are looking forward to 2021, after a particularly disrupted and chaotic 2020 comes to a close.

Having faced trade disputes, a significant labour disruption at the Port of Montreal, rail blockades, and the Covid-19 pandemic, the next year is being seen as a chance to rebuild business and consolidate gains.

The year wasn’t all bad, however, as CN and CP moved record grain shipments and continued to put new infrastructure developments into place.

“We’ve seen auto production come back to normal, we’ve seen huge grain demand and we’re actually running [in Q4] ahead of last year in terms of the volumes that were moving. So there was a short term impact to demand but we’ve seen some recovery,” said James Clements, senior vice-president strategic planning and technology transformation at CP during a presentation to the Chartered Institute of Logistics and Transport (CILTNA). “If everybody continues to manage effectively we do think that demand will continue to be robust on the freight network going forward.”

CN’s vice-president, intermodal, Dan Bresolin, concurs: “If I were to characterize 2021, it’s going to be strong right through the fall into the first two months of 2021. If we have a solid operating winter and if the Covid issue is not there, we’ll have a much more normal March, April, May, June, July flow. We’re quite optimistic that if we can come in with a forecast for our domestic and international business that looks a lot like 2019, we’ll be quite pleased. Bresolin spoke at a CITT multimodal outlook panel in early November.

Focus on the East Coast

He added that because of the labour disruption at the Port of Montreal, CN ramped up capacity in Halifax to keep pace, and says the railway “expects volume to stay strong in the East. I think it’s a proof point here that we need to build more capacity in Eastern Canada, more port capacity in order to grow business.”

To that end, CN is working to develop a new port facility at Quebec City. The Laurentia project, which is planned for a 2024 opening, is going to provide a new gateway from the East Coast to the Midwest. “We’re connecting the City of Quebec to the world, making it the port of choice to serve the U.S. Midwest market. CN joined this project because we’re confident we can make the Port of Quebec a major player in domestic North American markets,” said CN president and CEO Jean-Jacques Ruest.

For its part, CP will utilize its newly acquired Central Maine and Quebec railway, which completes the railway’s connection from Montreal to the East Coast at both the Port of St. John in New Brunswick as well as Searsport in Maine. It is also opening a new transloading centre in Vancouver with Maersk.

The Railway Association of Canada (RAC), which represents the two Class 1 railways along with 58 other freight and passenger carriers, is looking for changes from the federal government in 2021.

Its first objective is to gain financial support for the country’s 40 shortline railroads. It is asking for a capital funding program of $365 million over six years – beginning in 2021 and ending in 2026 – to support shortline infrastructure investment.

In a statement to the parliamentary budget committee, RAC said “shortline railways perform a vital role in Canada’s rail-based supply chain, providing crucial first-mile, last-mile service that connects customers and rural economies to the world.” Approximately 20 percent of carloads in Canada originate on a shortline.

However, Canadian infrastructure funding has not been made available to these railways. “We’re going to continue to push for more support for shortlines,” said Marc Brazeau, RAC president. “The U.S. has a very defined, very proactive shortline program with states and the federal government. We certainly feel that there is an opportunity for more support for shortline railways in Canada.”

On the subject of taxes and infrastructure, RAC is also asking Ottawa to offer accelerated depreciation measures, including allowing Canadian railway companies to deduct the full amount of capital expenditures immediately. At the moment, RAC asserts, Canada’s tax rules put Canadian railways at a disadvantage to their American competitors, which is making it more attractive for them to put their capital investments south of the border.