by Inside Logistics Online Staff August 20, 2021

The annual Shipper’s Choice Awards measure how well carriers perform against our Benchmarks of Excellence. The scores are established by shippers, 3PL service providers, and freight forwarders from across Canada in our annual survey.

Twenty-eight carriers met or exceeded the benchmarks established for the 2021 awards. Thirteen companies earned the coveted Carrier of Choice designations because they have scored above such benchmarks for at least five years in a row.


Having to manage so many different shipments sharing space on one trailer and so many touchpoints between terminals, the LTL business is a complicated one. The demands from buyers of LTL services are high and carriers have to navigate a tightrope between providing excellent customer service while keeping prices competitive. 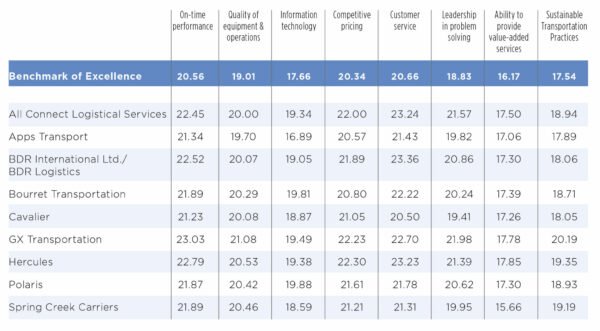 The TL mode has historically been the toughest for carriers to score above the Benchmark of Excellence. The TL mode had the highest benchmarks in seven of the eight KPIs tracked by this year’s Shipper’s Choice Survey: on-time performance, quality of equipment and operations, competitive pricing, customer service, leadership in problem solving, ability to provide value-added services, and sustainable transportation practices.

Nine TL carriers surpassed the Benchmark of Excellence this year. 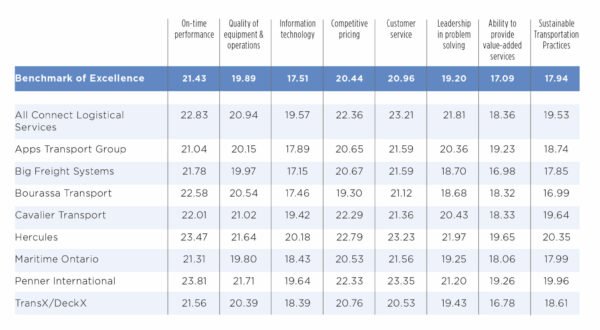