Aviation industry getting ready, but will it be needed? 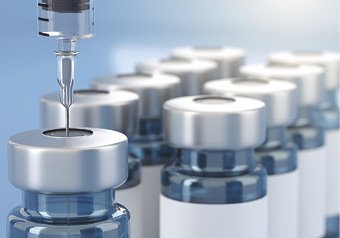 As announcements of possible viable vaccines against Covid-19 begin to mount, the global logistics industry is bracing for the implications. What exactly will it take to distribute enough doses – between 10 and 14 billion – to inoculate practically the entire population of the planet? The answer is that nobody knows, but everybody is working on it.

The challenges range from ensuring the vaccines are stored and transported at the correct temperatures, to making sure they are secure from tampering and theft, and facilitating their travel across international boundaries.

The air cargo industry is perhaps the most excited about these challenges, and has been working to develop guidelines and resources to help companies in the sector prepare. In November, IATA released its first set of guidelines with recommendations for governments and the logistics supply chain in preparation for what will be the “largest and most complex global logistics operation ever undertaken”.

“Delivering billions of doses of a vaccine that must be transported and stored in a deep-frozen state to the entire world efficiently will involve hugely complex logistical challenges across the supply chain,” said IATA’s director general and CEO, Alexandre de Juniac. “This guidance material is an important part of those preparations.”

How cold is cold?

The question of temperature has so far been unclear. Because there will be multiple different vaccines, there will be an array of differing temperature protocols required. Initially, cargo handlers were considering ways to keep unit load devices (ULDs) colder than the minimum temperature the refrigerated ones can currently handle. But this is impractical given the limits on refrigerants that can be loaded on a plane, along with the fact that there just wouldn’t be enough cold chain ULDs available.

The Pfizer vaccine that came to attention in early November, for example, must be kept deep frozen at minus 70 Celsius. “Nobody has the deep freeze they need” to handle such cold product, said Robert Fordree, executive vice-president, cargo at Menzies Aviation. “You can’t chill an aircraft hold that far, and there just isn’t infrastructure around the world to support those temperatures.”

The air cargo industry now expects the vaccine manufacturers will come up with the distribution packaging themselves, probably based on smaller boxes with a limited number of doses in each. The cargo handlers and forwarders will move the smaller boxes on pallets and conventional AKE ULDs, Fordree said.

Because speed will be of the essence in distributing the vaccines, it’s likely that a means of bypassing the cargo handlers’ on-airport warehouses will be needed. Vaccines will need to be collected directly from the aircraft and placed on trucks for final-mile delivery, Fordree suggested. However, Jos Jacobsen, COO and managing director of Eastern Hemisphere global leasing at ACL Airshop believes that would be “nearly impossible” because of the need for security and tracking.

While the aviation industry tries to prepare for the unknown, it has also been suggested that with the likelihood of nationally or regionally based vaccine production, the majority of the product may end up being moved over the road. Fordree suggested that in Europe and the U.S. in particular there might be no need to air freight vaccines. “It removes the complexity of air carriage regulations” for refrigerants like dry ice, he noted. And, he said, there are plenty of reefer containers available. “I don’t foresee much need for aircraft,” he concluded.