January 9, 2017
by Inside Logistics Online Staff

January 9, 2017
by Inside Logistics Online Staff

APL Logistics appointed Bill Villalon as president, effective January 1, 2017. Previously Villalon served as the global leader for APL Logistics’ automotive vertical, and the regional leader for the North America region. Villalon has more than 30 years of experience in the global transportation and logistics industry and has been with APL Logistics since 1984. He had also previously served in various senior-level positions. In connection with Villalon’s appointment, Michael Pilver and Graeme Watson will be appointed to the roles of global head, automotive vertical and head, North American region respectively. 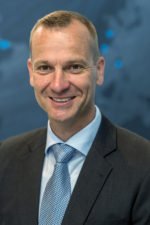 Stephan Heessels is the new BEUMER Group global director for logistic systems, based out of the company’s HQ in Beckum, Germany. From 1999 to 2001 he worked as a project manager for Crisplant a/s. He gained experience as an engineering manager, as well as managing director for a market-leading supplier of integrated material handling systems for airport luggage, warehouse and production equipment and as general manager for a dominant Danish refrigeration and heat technology company. Since 2013, Heessels has held a leadership position at BEUMER Group in the logistic systems division. He completed his studies in the Netherlands, and received degrees in mechanical engineering and in business administration. 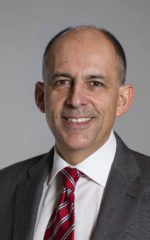 CEVA Logistics has appointed Carlos Velez Rodriguez as managing director for its Australia & New Zealand cluster. Based in Melbourne, he will report to the company’s CEO, Xavier Urbain. Velez Rodriguez joins CEVA from FM Logistic where he was group managing director Central Europe for the last decade and led a team of 5,000 individuals.  He has a proven track record in the logistics sector and has held a number of commercial roles at companies in Europe, the USA and Latin America. Born in Colombia, he is an Austrian citizen.

The Transportation Marketing & Sales Association (TMSA) recently named Tom Collins chairman of its membership committee. Collins will lead the association’s strategic efforts in membership retention and growth. He is senior director of marketing for Saddle Creek Logistics Services and oversees the company’s marketing. He has been in various marketing roles with FedEx Freight, Watkins Motor Lines, and Roadway Express.