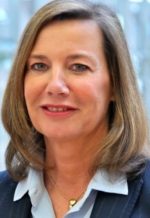 The supervisory board of Kion Group AG has appointed Anke Groth as a member of the executive board for a term of five years starting June 1, 2018. Groth will be responsible for finance, which encompasses not only controlling, accounting, tax, corporate finance, and legal but also investor relations, M&A activities, and IT. In addition, she is taking on the role of labour relations director and will therefore be in charge of human resources and HSE. She succeeds Thomas Toepfer, who left the Company on March 31, 2018 to become CFO at Covestro. Groth became CFO at E.ON UK plc. in 2016. She has had various managerial roles at energy company E.ON since 2006, both in E.ON SE group management and at operating subsidiaries in Germany and abroad. Before joining E.ON, she worked as a corporate development project manager at VEW AG, Dortmund. Groth has a degree in business administration.

BNSF Logistics, LLC, a multi-modal third-party logistics service provider, has named Nancee Ronning chief commercial officer (CCO). Ronning brings more than 20 years of experience in sales, marketing, and account and relationship management to this newly created position. Most recently, Nancee served as president for print craft, a commercial printing and packaging company based in Minnesota. She also spent more than eight years in strategic sales, marketing, and account management leadership roles at C.H. Robinson and prior to that held various positions with Merrill Corporation and GE Capital.

Wajax Corporation announced that the nominees listed in the Corporation’s management proxy circular dated March 6, 2018 were elected as directors of Wajax. On a vote conducted by ballot held on May 8, 2018, each of the following eight nominees proposed by management was elected as a director of Wajax: Thomas M. Alford; Edward M. Barrett; Douglas A. Carty; Sylvia D. Chrominska; Robert P. Dexter; John C. Eby; A. Mark Foote; and Alexander S. Taylor.

Old Dominion Freight Line, Inc. has appointed Kevin “Marty” Freeman, currently the company’s senior vice-president – sales, to serve as the Company’s executive vice-president and COO, effective May 16, 2018. Freeman has served in his current role since 2011 and has assumed ever-increasing roles and responsibilities in customer relations, sales and operations since joining the company in 1992. He brings 39 years of transportation industry experience to his new position, which includes responsibility for the company’s operations, sales, human resources and customer service functions.