May 7, 2018
by Inside Logistics Online Staff

May 7, 2018
by Inside Logistics Online Staff 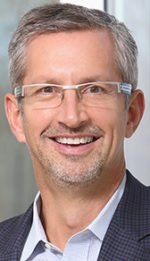 Jon Lindekugel, senior vice president, supply chain, 3M has been named to the National Association of Manufacturers (NAM) board of directors. Lindekugel will join the NAM Board to advance a manufacturing policy agenda. Founded in 1895, the NAM, guided by its Board of Directors, is the largest industrial trade association in the United States with more than 14,000 members and includes some of the world’s most iconic brands, and many of the small manufacturers who power the U.S. economy.

Kenco Logistics has named James Mattie and Thomas M. Perry III to its board of directors. Starting in 1981, Mattie led the formation and growth of PricewaterhouseCoopers’s private company and family business practices, which is now a $1 billion practice employing 2,000 professionals across the U.S. Mattie’s wide-ranging history in risk management, mentoring, and business services will also be a valuable addition to the Kenco board, along with his commitment to teamwork and advancement. Perry served as president of GENCO’s reverse unit for several years, overseeing a period of significant, profitable growth during his tenure. He was also the CTO at GENCO IT for two years prior to his retirement from the company. Perry’s focus on significant and measurable business improvements and his thorough comprehension of the technology industry, will aid in Kenco’s critical executive decision-making and dedication to sustained growth

Pilot Freight Services recently promoted Liz Beck and John Pang to regional vice-presidents in Detroit and Los Angeles, respectively and will actively manage the regional managers within their territories. In Detroit, Beck will oversee Pilot’s central region managers. Beck started with Pilot as a local sales rep in San Francisco in 2002. She’s worked in the company’s Chicago station, bringing in major accounts before moving on to Detroit where she grew into the role of sales manager and ultimately district manager. Pang has also been named a regional vice-president overseeing the western region managers, based out of Los Angeles. Pang has been with Pilot for 19 years and has run their largest volume operation, LAX, as district manager since 2009. Under Pang’s management, the Los Angeles operation has grown yearly in one of the most competitive and expensive markets in the U.S. due to his solid operations performance and dependability.