November 20, 2017
by Inside Logistics Online Staff

November 20, 2017
by Inside Logistics Online Staff

Savi has hired Jeffrey Friedman as chief financial officer. Friedman has more than three decades of experience in financial management for public and private companies operating in the technology, telecommunications, and software industries. Friedman joins Savi after eight years at Pherson Associates where he served as COO and CFO. Before joining Pherson, Friedman was a founding partner and managing director for Monumental Venture Partners. Friedman graduated with a B.A. in economics from the University of Virginia before earning his MBA at George Washington University.

Columbus McKinnon Corporation has appointed Kathryn (Kathy) Roedel to its board of directors, effective October 22, 2017. Roedel will serve on the Audit Committee and the Compensation and Succession Committee. She will stand for election at the Company’s annual shareholder meeting on July 23, 2018. She was most recently executive vice-president at Select Comfort Corporation, a vertically integrated retailer and manufacturer of the Sleep Number Bed in the U.S., where she served since 2005 in a variety of leadership positions. Previously Roedel held VP and general management positions with General Electric spanning 22 years. She is also a director for Generac Power Systems and The Jones Family of Companies, a private, family-owned manufacturer serving the mattress and packaging industries. Roedel graduated with a B.S., Mechanical Engineering from Michigan State University. 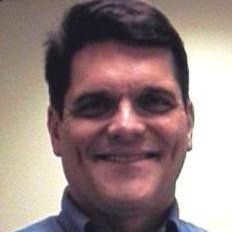 Timothy Gokey has been appointed to the C.H. Robinson board of directors. Gokey currently serves as resident and COO at Broadridge Financial Solutions. Gokey joined Broadridge Financial Solutions in 2010 as senior vice-president and corporate development officer and was promoted to COO two years later. Previously, he served as president, retail tax for H&R Block. He was also a Partner at McKinsey & Company, where he co-founded the CRM practice. Gokey earned a doctorate in finance and an undergraduate degree in philosophy, politics, and economics from the University of Oxford, where he studied as a Rhodes Scholar. He is also a graduate of Princeton University, where he earned an AB in public affairs and management engineering.