November 29, 2016
by Inside Logistics Online Staff

November 29, 2016
by Inside Logistics Online Staff 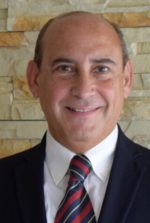 Jorge Pimentel has been appointed assistant vice-president of sales for Alliance Shippers Inc. Pimentel holds a degree in Business Administration from the University of Monterrey and brings over 30 years of transportation experience. Most recently, he managed and developed sales teams for FEMSA Logistica, the largest public bottler of Coca-Cola products in the world and the second largest stockholder of Heineken. Previously, he handled sales to industrial markets in the northeast region of Mexico for Union Pacific Railroad. In his new role, he will be responsible for all sales activities in Mexico and for coordinating the efforts of the US sales executive’s cross-border initiatives.

CEVA Logistics appointed Peter Waller as CFO and member of the Executive Board with immediate effect. He brings experience in the travel, logistics, business services and internet/e-commerce industries. He was previously Group CFO at Eurofins Scientific and spent over eight years with the Thomas Cook Group in London and Frankfurt where he held roles including CFO of its online division, as investor relations director and as group financial controller for its German airline subsidiary Condor. Waller received his MBA from ESSEC and the University of Mannheim and a PhD in Strategy from the University of Paderborn in Germany. He succeeds Arjan Kaaks, who has chosen to leave CEVA to pursue new opportunities. 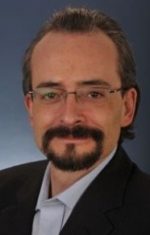 ORBIS Corporation, an international manufacturer of reusable packaging, has hired David Heer as senior commercial director for ORBIS Europe. He is responsible for leading the ORBIS reusable packaging expansion in the European market. Heer has more than 20 years’ management and marketing experience in Europe, Asia and North America. He resides in and will be based in Cologne, Germany.

APL Logistics appointed Shigeo Mori as CFO. Mori brings over 30 years of experience in accounting and finance leadership in various roles within the Kintetsu World Express (KWE) Group in Japan, UK and the USA. Immediately prior to APL Logistics, Mori was vice-president for finance in KWE USA. He was also previously part of the KWE UK management team, where he assisted in the establishment of KWE entities in Ireland, Switzerland and Italy.