April 19, 2021
by Inside Logistics Online Staff

April 19, 2021
by Inside Logistics Online Staff 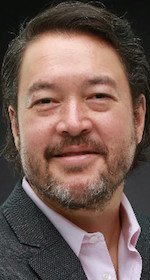 Tecsys Inc. has appointed Guy Courtin its vice-president and industry principal for retail. Courtin is a seasoned retail supply chain expert with decades of experience in the technology and supply chain space. Before joining Tecsys, Courtin held leadership roles at 6 River Systems (a Shopify company), Infor Retail and i2 Technologies (now Blue Yonder). He has likewise served as industry analyst at Constellation Research, SCM World (Now Gartner) and Forrester Research. He earned an MBA in management from the Olin Graduate School of Business, a MA in international relations from Loyola University Chicago and a bachelor’s degree in political science.

José Freig has been named American Airlines‘s new vice-president of onternational operations. Freig will lead the airline’s operations in Latin America, the Caribbean, Canada, Europe and Asia/Pacific. He joined American in 2008 as director of corporate security, later becoming managing director of international government affairs and chief security officer. Since 2018, Freig has served as managing director for Latin America and the Caribbean, and most recently helped lead the airline’s response to Covid-19. 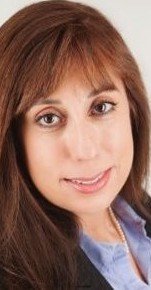 After more than two years as CEO, Christian Kühnhold is leaving the European Pallet Association (EPAL). He took over responsibility for the EPAL Euro pallet pool in October 2018. Kühnhold has helped to develop the association. His core issues have been digitizing the EPAL Euro pallet pool, ISPM 15, and cross-border logistics, as well as quality and safety. In addition, he strengthened and further developed EPAL presence in the new markets in Asia and in Ukraine, as well as Turkey and Spain. Kühnhold left EPAL on April 1, 2021. The Board of the European Pallet Association e.V. (EPAL) will announce a successor shortly.