Nadine Miller has joined the Drone Delivery Canada Corp. advisory board. Miller is a professional engineer with over 20 years of experience in engineering design and project management in the mining and transportation industries. She is vice-president of project development at JDS Energy and Mining. She has also led the business development departments for two of the world’s largest engineering consulting firms’ Toronto offices: Bantrel and SNC-Lavalin. Miller was president of the Ontario Society of Professional Engineers, and secretary of the board for Consulting Engineers of Ontario. She earned an M.Eng in Civil and Environmental (Geotechnical) Engineering from the Massachusetts Institute of Technology; an M.B.A. from the Saïd Business School, University of Oxford, England; and her P.Eng Professional Engineer designation from Professional Engineers Ontario. 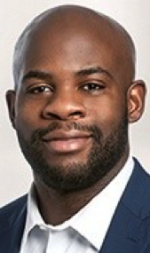 Andy Transport has appointed Franck Marvel Ngandui as vice-president, legal and corporate development. Ngandui brings nearly 10 years of experience as a corporate and commercial legal advisor to companies across various industries. He comes from Robic LLP, where he advised technology companies in M&A, private financing, licensing arrangements and other commercial transactions. Previously,  Ngandui was an in-house legal counsel with Andy Transport. He began his career with the law firm of McCarthy Tétrault LLP in Montreal and Toronto, where he specialized in general corporate and commercial transactions. Ngandui earned his law degrees from the University of Ottawa and is a member of the Quebec Bar.

PayCargo has appointed Michael White to its board. White brings more than 25 years of experience in the airfreight sector, having held senior positions at Frontier Airlines, United Airlines, Cargo Service Center, the Air Transport Association, SkyLink USA, and Cargo Network Services. He was most recently founder and president of Trade Network Consultants LLC. He has also served on several key government and industry committees, including the Gore Commission TWA 800 working group on air cargo security, the Transportation Security Administration (TSA)’s Aviation Security Advisory Committee Air Cargo Working Group, and the Canadian Cross Border Harmonization Task Force. He is serving his second term as a member of the Commercial Customs Operations Advisory Committee (COAC) after appointment by the Secretaries of the US Department of Homeland Security and US Treasury.