DB Schenker has appointed Martha Drury as chief human resources officer of Canada. Drury joins DB Schenker with more than 20 years of experience in human resources within the logistics and supply chain industry, most recently at Penske, UTI Worldwide, and DHL. She has an extensive portfolio of success in areas of recruitment, training and development, succession planning, compensation & benefits, health & safety, and labour management.

Andlauer Healthcare Group Inc. has appointed Dean Berg as president, logistics. The appointment is effective immediately. Berg is responsible for leading the company’s Accuristix and Nova Pack operations. Since joining the company in 2004, Berg has held progressive roles in the organization, most recently as vice-president, business development at Accuristix. 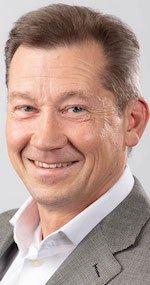 He replaces Reg Sheen, who has decided to retire at the end of 2021 following a transition period, during which he will work with Berg in connection with his new role.

The Lion Electric Company has named Francois Beaulieu as chief information officer. Beaulieu brings with him over three decades of experience leading information system design in a variety of industries in both Canada and Europe, including banking, insurance and telecommunications, where he served as CIO at Cogeco. Since 2011, Beaulieu has worked in a variety of consulting capacities for clients such as National Bank, WSP and Air Canada, among others. Most recently he served as a strategic technology advisor for Efico’s CIO-on-Demand service.

Vecna Robotics has appointed Craig Malloy as CEO. Founder Daniel Theobald will resume his role as chief innovation officer. He will also continue to serve as executive chairman of the board. Malloy brings 25 years of experience in global technology companies, including Lifesize, Bloomfire and ViaVideo. Before entering the corporate world, he served in the United States Navy. Malloy holds a bachelor’s degree and a MBA from the University of California, Los Angeles Anderson School of Management.