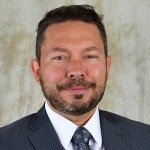 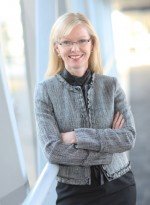 Joyce Carter, Halifax International Airport Authority (HIAA) president and CEO, has been elected to the 2015 Airports Council International North America (ACI-NA) World Governing Board as a regional advisor. The mission of ACI-NA is to advocate policies and provide services that strengthen the ability of airports to serve their passengers, customers and communities. As a regional advisor, Carter will represent North American airports on the ACI World Governing Board. Carter joined HIAA in 1999, becoming CFO in 2006, chief strategy officer in 2008, and president and CEO in 2014. She is past Chairwoman of the Halifax Gateway Council. She serves as a member of Dalhousie University’s Board of Governors and is Chair of the Audit Committee and a member of their Executive Committee. Carter is a Board Member of the Canadian Airports Council, as well as the Atlantic Canada Airports Association.

Polaris Transportation Group has promoted Jon Saunders from vice-president of finance of the group to a dual role as CEO of Polaris Global Logistics (PGL). He joined Polaris earlier this year following six years in international banking and leverage finance. Saunders has an MBA (with distinction) from the Richard Ivey School of Business.