Alliance Shippers Inc has named Rick Plieninger regional vice-president for its Ohio Valley region. Plieninger brings close to 30 years of experience within the transportation and logistics industry to the Alliance team. Most recently he served as the company’s vice-president of sales. Plieninger will be responsible for sales, marketing and operations at the Cincinnati office and will report to executive vice-president Steve Golich and owner Ronald Lefcourt.

Diana Murphy was named non-executive chairman of the Board of Landstar System, Inc. Murphy joined the Landstar Board of Directors in 1998 and has served as Independent Lead Director of the Board since May 2012. She also serves on the Board of Directors of CTS Corporation, a NYSE-listed leading designer and manufacturer of electronic components to OEMs in various industries. Anthony Orlando also joined the Landstar Board. Orlando most recently served as president and CEO for Covanta Holding Corporation, a developer and operator of renewable energy facilities focused on transforming waste into energy, from October, 2004 to March, 2015. Orlando held various executive positions during his 28 year tenure with Covanta Holding Corporation and with Foster Wheeler Corporation prior to that. 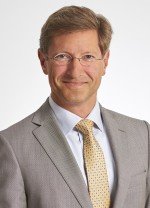 Arjan Kaaks has been appointed CFO at CEVA Logistics. The previous CFO, Rubin McDougal, is retiring and will remain with the company over the next few months. Kaaks reports to Xavier Urbain, CEVA’s CEO. He joins CEVA from Maxeda DIY Group, a Benelux private equity-owned company focused on the do-it-yourself retail market, where he was Chief Financial Officer and a member of the company’s Executive Board.  His prior experience includes CFO at both O’Neill Group, and Royal Grolsch. He received an MA in Economics and Finance from Groningen University.