Tracy Buckler of Thunder Bay, Ontario, has been appointed to the Board of Directors of the Thunder Bay Port Authority for a term of three years. Buckler has been with St. Joseph’s Care Group since 1985, and has been the organization’s president and CEO for the past 10 years. She holds a nursing diploma from Sault College in Sault Ste. Marie, a Post-RN Bachelor of Science in Nursing from Lakehead University in Thunder Bay, and a Master of Health Studies – Leadership from Athabasca University in Alberta. She has been named Executive of the Year by Northern Ontario Business (Influential Women of Northern Ontario). 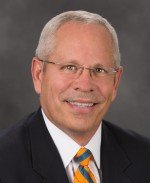 Chuck Adams is the new senior vice-president and general manager, sales, with Intelligrated. Adams brings more than 30 years of sales and business leadership experience, as well as a successful background leading large sales teams across global organizations to his new role. He reports directly to Chris Cole, CEO. Before joining Intelligrated, Adams most recently was North American vice president and general manager for Videojet, a Danaher company. He holds a bachelor’s degree in accounting from Penn State University and earned his MBA from Northwestern University’s Kellogg School of Management. 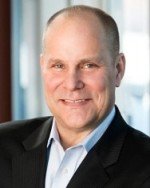 Garland L. Jackson, Jr. has been chosen to lead PeopleNet‘s original equipment manufacturers (OEM) business. A 15-year veteran of PeopleNet and long-term industry professional, Jackson will work with new and existing OEM customers to integrate PeopleNet vehicle health monitoring technologies, analytics and analysis. Jackson has 32 years of senior management experience. Before joining PeopleNet in 2000, he was with United Parcel Service (UPS) for 20 years. Jackson previously worked for Descartes Systems Group of Canada as an application consultant. He serves on the Board of Governors for the National Private Truck Council.