Teamsters Local Union 362 said Tuesday it has filed for a unionization vote at the Amazon warehouse in Nisku, just south of Edmonton 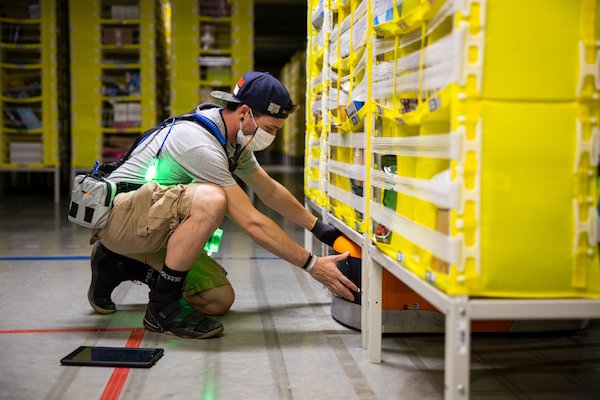 A group of warehouse workers in central Alberta could become the first Amazon employees in Canada to hold a unionization vote, and the union behind the campaign says they won’t be the last.

Teamsters Local Union 362 said Tuesday it has filed for a unionization vote at the Amazon warehouse in Nisku, just south of Edmonton. The million-square-foot DC employs about 600 workers.

The Alberta Labour Relations Board must verify the application before a date is set, but the union expects a vote to take place before the end of the year.

The Teamsters say this is the first step in an organizing campaign designed to bring Amazon to the bargaining table. The union says it has been in contact with workers employed at Amazon facilities in and around Vancouver, Calgary, Edmonton, Toronto, Milton, Cambridge and Kitchener.

“We have local unions across the country who are building relationships with Amazon workers as we speak. The same thing is going on in the United States,” said Teamsters Canada spokesman Christopher Monette. “(Nisku) certainly won’t be the last.”

The news comes one day after Amazon Canada announced it will hire 15,000 new warehouse and distribution workers in communities across the country this fall to support its ongoing Canadian expansion plans.

Amazon also announced it will increase wages for its front-line, hourly employees in Canada to between $17 an hour and $21.65 an hour, up from its current starting wage of around $16 an hour.

Monette said he believes the wage increases are a response to the union’s ongoing Amazon campaign. But he said those wages are still far below the $24.50 to $31.93 per hour that warehouse workers can make at comparable Teamsters-organized companies.

He added that Amazon has also recently done away with a performance-based bonus system that was worth between $100 and $300 a month, meaning some workers don’t think they’ll actually receive more money on their paycheques even with the wage increase.

The demanding work pace and issues of health and safety are also a concern, Monette said.

“Amazon workers are being asked to pick an item every nine to 12 seconds. It’s a pace that is hard on the body,” he said. “We just think Amazon workers deserve better, and Amazon has the capacity to treat its workers in a more fair way.”

Amazon has a history of snuffing out union efforts before they can spread. A failed unionization drive in Alabama this spring was the biggest in Amazon’s history and only the second time that an organizing effort from within the company had come to a vote.

That means the Teamsters will likely have a tough fight ahead of them, said Richard Powers, associate professor with the Rotman School of Management at the University of Toronto.

“I think it will be (difficult), only because of who they’re dealing with,” Powers said. “As we’ve seen in the United States, Amazon has gone to great lengths to keep unions out.”

Still, Powers said the Covid-19 pandemic has shifted the balance of power between employees and employers. Many employers in the retail, service and logistics industries are dealing with labour shortages as workers – fed up with low wages and the health risks associated with potentially coming into contact with the virus on the job – quit in significant numbers.

“If they (the Teamsters) are successful in Canada, it will give them a huge boost to doing the same in the United States,” Powers said. “The big winner in this is going to be the employees, because Amazon is going to have to respond.”

Amazon Canada currently has 25,000 full-time and part-time employees in 25 communities across five provinces. The company is growing rapidly due to the COVID-19 pandemic and the resulting boom in online shopping. Amazon now has 46 warehouse, logistics and delivery facilities in Canada compared with 30 in mid-2020. More growth announcements are expected later this year, according to the company.

Amazon did not immediately respond to a request for comment.

In an interview last week, Sumegha Kumar, director of Canadian customer fulfilment operations for Amazon Canada, said the company offers access to health, dental and vision benefits, as well as training and education programs to all employees regardless of their position or tenure.

She said the company’s move to increase wages is way to stay competitive.

“Our business is expanding a lot, and we want to continue to stay focused on our customers, so we obviously have needs around hiring and retaining top talent.”

– With files from The Associated Press