August 25, 2020
by Inside Logistics Online Staff

August 25, 2020
by Inside Logistics Online Staff 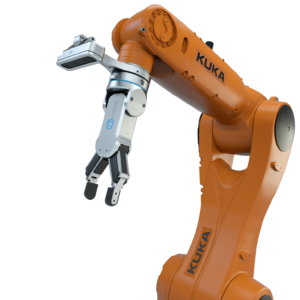 The new features, which enable Eyes to be deployed in quality inspection applications and on mobile robots, include one-shot detection for multiple objects, colour and blob detection and automatic landmark calibration tools designed to speed cycle time for mobile robot setups.

Eyes can be used to inspect parts removed from CNC machines, for example, or to check IMM parts for excessive or inadequate material after part has been molded. The tools also support manual inspections: operators can set up a camera and inspection program, manually place a workpiece in, and execute inspection. No robot required.

The update also provides users with one-shot detection for multiple objects, allowing the system to pick all workpieces with only one picture. This reduces complexity for users and improves cycle times. The update includes tools that allow users to request specific workpiece types and specify gripper clearance parameters.

Landmarks can also be used to initiate specific robot operations: for example, when Eyes detects the arrival of a mobile cart in its workspace loaded with parts for picking, it can easily switch to pick & place routines.