The missing link [from the October 2012 MM&D print edition] 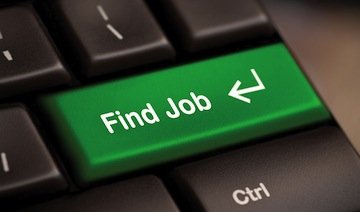 FROM THE OCTOBER 2102 MM&D PRINT EDITION

Are you linked in? If not, and you’re looking for a job, you could be hurting your chances. The 2012 edition of the Annual Survey of the Canadian Supply Chain Professional indicates many of you aren’t using the newest job-hunting techniques. Specifically, you’re ignoring social media.

According to the study, this year a mere 52 percent of respondents say they are using social media to look for work. Admittedly this is a vast increase from 2010, when only 24 percent of people said they used social media to job hunt, but it’s a figure that could easily be—and should be—much higher.

Human resources professionals and recruiting firms are all turning to networks like LinkedIn, and to lesser degrees Facebook (especially its BranchOut application) and Twitter, to find candidates for jobs, and if job hunters aren’t on those sites, they may be overlooked.

Steven Davidson, managing director of Pursuit Placement Group, a recruiting firm in Edmonton, Alberta, uses social media, especially LinkedIn, to connect with clients, to post jobs and discussions, and to find passive (he seeks them out) and reactive (they answer ads) candidates for open postings.

“The platform is built for recruiters,” he says. “It’s built to give both of us—the recruiter and candidate—enough information about each other so there’s a relatively high level of comfort with each other, with the marketplace and with the company.”

“I think they’re still learning. Your procurement officers, your purchasing and logistics people, those types of individuals may not be as heavily online as SAP ERP implementation consultants, or supply chain business analysts—there’s a huge online presence from them, because a lot of their work is done online or while travelling. There could be a better presence from those working in the factories and those working in the actual supply chain.”

For those who aren’t entirely familiar with LinkedIn as a job search platform, there are a few tips to keep in mind. The first, and most important, is to have a full profile, complete with the education and work history sections (including meaningful job titles and descriptions) filled in.

“If they don’t put a lot in there, you’re wondering why they excluded the portions of their work experience they left out, and if they don’t put their education down, they perhaps don’t have it and that’s an issue” says Andrew Stapinski, manager of marketing and social media at Stoakley-Dudley Consultants Ltd, in Mississauga, Ontario. He says it’s also important to attach a photo because “if they don’t put a picture up, it seems like a lack of transparency, like they’re hiding something such as not being presentable”.

One trick to making sure your profile stands out is include keywords in it, either in the job descriptions themselves, or in a keyword section.

It’s important to show activity either by posting updates, joining groups and participating in discussions, or adding new contacts. Activity shows you pay attention to the profile and therefore will be more likely to actually respond to a recruiter.

“With a recruiter LinkedIn account, I’m only allowed a certain number of InMails (internal messages akin to e-mail) per month, so I may be hesitant to contact a person who doesn’t check their LinkedIn account,” says Racher.

Joining discussion groups and providing answers to questions are good ways to boost your profile.

Doing these things makes it easier for recruiters like Davidson to “triangulate” in on people whose skills match open jobs. It also demonstrates a familiarity with social media tools, which is a skill of growing importance to companies hiring supply chain professionals.

There is one thing you shouldn’t post to a discussion board: a notice that you’re looking for a job, especially if you currently don’t have one.

“There is a prejudice against the unemployed. There’s almost a stigma attached to it in a Catch-22 way,” says Stapinski.

Posting a ‘I’m looking for work’ notice “has an element of desperation about it. I don’t like to rule anyone out—we look at everybody—but it does make you wonder, why is this person actively looking?”

Since LinkedIn is a networking tool, it’s important to network. Having too few contacts (or connections), may send up a red flag. Racher likes 50 or more. Davidson says because the Canadian supply chain world is so small, you’re pretty much connected to everybody, so you may as well acknowledge them. Stapinski’s view is “the more the better” but says you should have between two and five written recommendations (short letters of reference attesting to your skills and qualities) from supervisors.

Job seekers should follow companies they want to work for and should contact recruiters and HR personnel.

“I have people approach me all the time. As long as I think there may be a fit, or a fit in the future, I’ll definitely accept an invitation to connect or respond to an InMail,” Racher says.