Shawn McMahon the new president dedicated logistics and e-commerce for Day & Ross (Sameday Worldwide). McMahon has led the growth of dedicated logistics services in Canada and the expansion into the United States, including the acquisition of the Romeo Expeditor Inc. business in Michigan.

Jeff Schnarr has assumed the role of chief information officer for Day & Ross. Schnarr started his career at McCain Foods Limited in 1999 and held progressively senior roles within the business, including director, integrated supply chain, head of IS for Great Britain and global deployment lead – One McCain SAP Program. 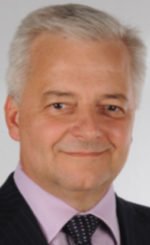 CEVA Logistics has appointed Claus Svane Schmidt as head of less than container load (LCL) product. Previously managing director of the company’s North Asia cluster, he stared in his new role on 1 March 2019. Schmidt joined CEVA in early 2018 following a wide-ranging career with a number of leading industry players including senior positions in Scandinavia, Dubai, Sydney and Hong Kong. For the last year, he was based in the Philippines. 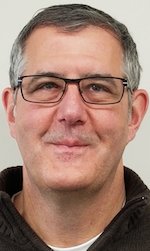 Dave Benson is the new finance director for Airmaster. Before joining Airmaster, Benson worked as a CPA in the public sector for more than 36 years. While his new position at Airmaster is his first in the industry, Benson audited and provided consultation to many manufacturers during his time as a CPA. Benson earned a bachelor’s degree in accounting and finance from Michigan State University and earned his CPA license in 1985.

MonarchFx has appointed Chris Talley as vice-president of product development and deployment. Talley joins the company with 20 years of supply chain management experience. Before joining MonarchFx Talley was a senior director at Kuehne + Nagel Integrated Logistics. He holds an MBA from North Carolina State University.
– April 1, 2019
Print this page