April 3, 2017
by Inside Logistics Online Staff

April 3, 2017
by Inside Logistics Online Staff

Bruce McCuaig is stepping down as president and CEO of Metrolinx after six and a half  years of  leadership to accept a new federal role in the Privy Council Office as executive adviser (Infrastructure Bank) effective April 24, 2017 to support the launch of the Canada Infrastructure Bank. McCuaig joinedc Metrolinx after 26 years in the Ontario public service‎ that culminated in three years as deputy minister of transportation. John Jensen, Metrolinx’s chief capital officer, will serve as interim CEO beginning April 14, 2017. 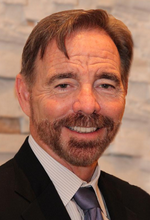 Chris Wolfe brings more than 20 years of experience to his role as CEO of ID Systems. The former president of Qualcomm’s Omnitracs division, Chris led Omnitrac’s growth into the leading provider of technology in the transportation logistics industry. He had a 12-year tenure with Qualcomm, Inc, including serving as division president of Qualcomm Wireless Business Solutions. Before Qualcomm, Wolfe held senior technology management positions at Roadway and Leaseway Transportation (now Penske Logistics).  He received degrees in Data Processing, Business Management, and Technical Education from the University of Akron, and completed an executive management program with Stanford Executive Institute.

Bryan King has been appointed to fill a vacant seat on the Board of Directors of Lawson Products, Inc. He has also been nominated by the Board for election at the Company’s annual shareholders meeting on May 16, 2017 to serve an additional three-year term. King is a principal of Luther King Capital Management and has acted as an investment manager responsible for micro and small-capitalization public and private investments since 1994. He founded and serves as managing partner of LKCM Capital Group, which is responsible for LKCM’s alternative investment strategies. King has served on boards of both public and private companies as well as civic organizations. He graduated with a Bachelor of Arts in History from Princeton University, received a Ranch Management degree from Texas Christian University, and received a Masters of Business Administration from Harvard Business School.