December 24, 2018
by Inside Logistics Online Staff

December 24, 2018
by Inside Logistics Online Staff

Mick Mountz, founder and former CEO of Kiva Systems, recognized for launching the most widely deployed robotics solution in the world, will join the board of directors of RightHand Robotics. After spending 13 years in high-tech product development, manufacturing, and marketing at Motorola, Apple, and Webvan, Mountz founded Kiva in January 2003, specifically to solve the pick-pack-and-ship material handling challenges presented by e-commerce. 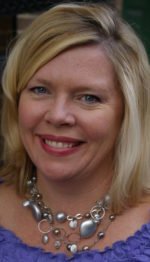 The American Association of Port Authorities (AAPA) is promoting Mary Beth Long to vice-president of external affairs and Meredith Martino to vice-president of member engagement, effective Jan. 1, 2019. While AAPA’s longtime executive vice-president and general counsel Jean Godwin indicated earlier this year her intention to reduce her role in 2019, she will continue to serve as the association’s general counsel. The Outreach and membership services department that she led will be separated into two

departments: external affairs and member engagement. Long began working at AAPA in 1999 as part of the government relations department and has held several positions within the association since that time. Hired in 2004, Martino also got her start at AAPA in the government relations department and has been engaged in multiple areas of the association over the past 15 years.

The Global Food Safety Initiative (GFSI) is delighted to welcome Rishi Banerjee as GFSI Senior Manager for the US and Canada. Banerjee is a well-known figure in the food and regulatory space, joining GFSI as an experienced government affairs and policy professional based in the Washington, D.C. metropolitan area. He has a proven track record of fostering public-private partnerships, while his background in microbiology, food industry and regulatory agencies has allowed him to support advocacy initiatives relating to food safety, nutrition and environmental regulations. Before joining the CGF, Rishi served as consulting manager at Savan Group, a management consulting firm, where he worked with numerous federal agencies to advise their rule-making activities. He has held both technical and policy positions at FiscalNote, the American Frozen Food Institute and the U.S. Department of Agriculture (USDA).