December 5, 2016
by Inside Logistics Online Staff

December 5, 2016
by Inside Logistics Online Staff 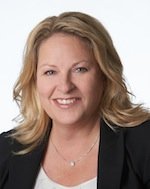 Sheila Schuch has joined TSI Group, an executive search and talent acquisition firm, as partner. Schuch will focus on growing TSI’s client base and leveraging her search experience in finance and accounting. She brings more than 18 years’ experience to TSI Group. She was most recently senior recruiting consultant at a boutique recruitment firm. Previously, she was division director and recruiting manager at Robert Half Canada. Schuch will be based out of the Toronto office. 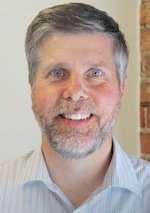 Redwood Logistics, a logistics provider, has appointed Alan (Al) Toliver chief logistics officer for Redwood Supply Chain Solutions. Toliver will be responsible for overseeing the expansion of its managed transportation and knowledge services capabilities. He joins Redwood with more than 25 years of experience in logistics and transportation, including senior roles in both asset and non-asset logistics companies. Toliver earned his MBA from Marquette University. He started his career in accounting and remains a licensed CPA. 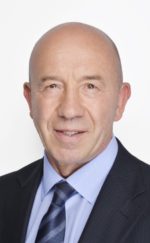 Vladimir Zubkov will be TIACA’s new secretary general, replacing Doug Brittin, who retires at the end of the year. Zubkov has more than 40 years’ experience in the air transport industry, including senior roles with the International Civil Aviation Organization (ICAO), and, most recently, as vice president of the Volga-Dnepr Group of Companies. He has been a member of the TIACA Board since 2011 and is the chairman of the Industry Affairs Committee, as well as a member of the Global Air Cargo Advisory Group (GACAG) and the International Air Transport Association (IATA) Industry Affairs Committee. Before joining Volga-Dnepr in 2008, Zubkov spent over 20 years with ICAO, where he was director of Air Transport Bureau and later director of Planning and Global Coordination. He has a Master’s degree in Air Transport Management from the Civil Aviation Academy of Leningrad. Zubkov will take over formally as secretary general in January, with Brittin remaining in an advisory capacity during the handover.

Brambles Limited‘s group SVP and CIO, Jean Holley, has been named Global CIO of the year by the Georgia Chief Information Officer Leadership Association (Georgia CIO).  The award was presented at the Association’s recent 18th Annual CIO Awards Ceremony in Atlanta. Holley accepted the award on behalf of IT employees worldwide. Holley was nominated for her work transforming Brambles’ IT organization into a high-performing global function, where IT projects and spend are prioritized, formally vetted and measured to ensure strategic alignment and success for the business. Jean’s priorities have focused on improving customers’ experiences and lowering business operational costs while enabling Brambles to operate as one integrated company. Established in 1998, the Georgia CIO of the Year Awards honours chief information officers who have demonstrated excellence in technology leadership. CIOs and those in equivalent positions are selected by a distinguished panel of CIO judges, including prior Award recipients, CIO peers and industry experts, based upon their leadership, innovation, business value created and service to others.
— December 5, 2016
Print this page