January 28, 2019
by Inside Logistics Online Staff

January 28, 2019
by Inside Logistics Online Staff

Jim French has joined Transplace as chief technology officer (CTO). French will report directly to Transplace CEO Frank McGuigan. Former CTO, Mike Dieter, will transition to the role of chief information officer (CIO) at Transplace. Before Transplace, French served as CTO at MoneyGram International. He has also held IT positions in the travel technology sector, including a number of leadership positions at Sabre.

MercuryGate International, Inc has appointed Oscar Torres vice-president of sales. Torres was most recently with CloudLeaf, and before that he was at LLamaSoft, JDA, SAP, Oracle, and i2 Technologies, also in sales roles. He is a graduate of the United States Military Academy at West Point and a former U.S. Army Tactical Control Officer. 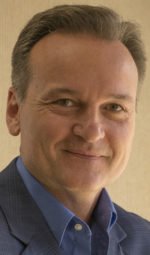 MonarchFx has hired Warren Bishop as operations director. Bishop will oversee all MonarchFx distributed logistics facilities located throughout the United States and Canada. Previously, he was vice-president of finance, planning, analysis, reporting, and process improvement for Macy’s Logistics. He also has experience as the senior vice-president of logistics at Levitz Furniture, vice-president of supply chain at Giggle, and director of the East Region distribution at Toys R Us. Bishop is a veteran of the United States Armed Forces. Bishop is currently a Board Member of the New Jersey Institute of Technology’s School of Management.