January 7, 2019
by Inside Logistics Online Staff

January 7, 2019
by Inside Logistics Online Staff 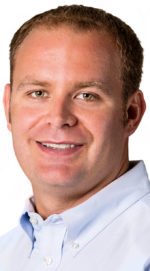 Brian C. Neuwirth has been promoted to president of UNEX Manufacturing, Inc. After 42 years as president, Brian Neuwirth will become the chairman of the board, allowing Brian C. Neuwirth to handle the day-to-day management of the business. Brian C. is a third-generation owner of UNEX, following in the footsteps of his father, Mark, uncle, Brian, and grandfather, Frank. Brian C. was chosen as the 2018 Outstanding Young Professional from the Material Handling Institute (MHI) at MODEX 2018. Previously he was vice-president, sales and marketing at UNEX Manufacturing. He graduated from Susquehanna University with a BA in Corporate Communications and received a Mini-MBA in Digital Marketing from Rutgers University.

Mac Pinkerton has been named president of the North American Surface Transportation (NAST) division of C.H. Robinson. He succeeds, and will continue to report to, Bob Biesterfeld, who will continue in his role as COO. Pinkerton has been with the company for 22 years. Before serving as vice-president of the NAST Service Lines, he held a number of roles at C.H. Robinson, including regional vice-president and general manager in Alabama and Texas. He began his career with the company as a transportation representative in the Jackson, Mississippi office. 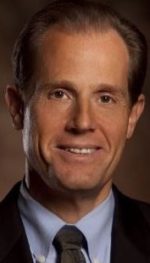 Alan Gershenhorn, former executive vice-president and chief commercial officer of United Parcel Service, Inc. will become president of Trackonomy. Gershenhorn brings 38 years of global logistics industry experience to Trackonomy. At UPS he directed strategy, M&A, marketing, sales, e-commerce, product development, government affairs, and key growth strategies across the enterprise. He also led and oversaw the acquisition, integration and ongoing operations of Marken and Coyote Logistics. Gershenhorn joined UPS in 1979 and held executive roles in both the U.S. and the international arenas, including president of UPS Canada.

Rootstock Software, a cloud Enterprise Resource Planning (ERP) provider for manufacturing, distribution and supply chain organizations on the Salesforce Platform, has appointed Yoichiro Sugii as general manager, Rootstock Japan, Inc. to oversee the company’s growth in that country. He will manage sales, customer success and support, and channel implementation partners. Sugii comes to Rootstock with an extensive background in business management consulting at Gledis, Inc. and ERP, including nine years as the general manager of Baan Japan.