The Canadian Trucking Alliance and the Ontario Trucking Association have promoted three key policy staff – Geoffrey Wood, Jonathan Blackham and Lak Shoan. Wood will become senior VP, policy for both CTA and OTA. He is a 14-year employee of OTA, the last nine serving as VP, operations and safety. He served the same role for CTA during that time. Wood previously worked in the industry as a warehouseman, a truck driver and in operations management. He holds a Master’s degree from the University of Waterloo in Geography. Blackham will become director, policy and public affairs. He joined OTA and CTA soon after university in 2013 as policy and government affairs assistant. He holds an Honours BA in Political Science and Communications from Wilfrid Laurier University and a Masters of Public Policy degree from the Hertie School of Governance in Berlin, Germany. Shoan will be director, policy and industry awareness programs. He has been with the associations for about three years where he has worked on several key files related to the border, as well as overseeing the Next Generation and Road Knights programs. He holds an Honours Degree in Political Science from McMaster University, and has completed post-graduate studies in both Public Administration and International Business, specializing in International Trade Finance and Logistics. 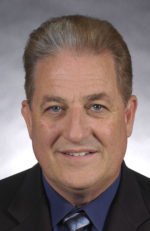 Michael Leonard is sales and marketing director for Flow-Rite Controls. In this position, he will oversee all sales, marketing, and customer service efforts for Flow-Rite’s battery maintenance and marine businesses. Leonard brings over 27 years of experience and senior leadership from the battery industry into his new role at Flow-Rite. He was previously employed with Johnson Controls as their director of OE Sales & Engineering. Before that, he worked with Exide Technologies as a director for their Electric Vehicle Programs.

Catherine Lavoie, Dale Williams, and Sylvain Villiard have been appointed to the board of directors of The Jacques-Cartier and Champlain Bridges Inc for a three-year term. Lavoie is an engineer with 25 years of high-level experience with concrete and asphalt companies and associations. She is currently the President and CEO of the Centre d’expertise et de recherche en infrastructures urbaines (CERIU). Her appointment is effective immediately. Villiard is an experienced public administration manager and lawyer. His appointment is effective immediately. Williams has extensive experience in transportation management, sales and marketing. She has worked with GATX Rail Canada as vice president, Canadian regional sales and is also a member of the board. Her appointment will be effective December 18, 2017.