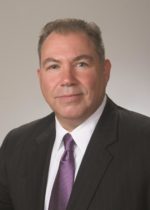 SeaCube Container Leasing Limited appointed Robert Sappio to the position of CEO. He will be based in SeaCube’s headquarters in Woodcliff Lake, New Jersey. Sappio brings extensive international experience in the shipping and intermodal transportation industry to his new role. He joined SeaCube as COO in 2014. Before SeaCube, Sappio held positions as president of the Americas region for Rickmers-Linie and managing director for Alvarez & Marsal. Previously Sappio spent nearly 30 years at APL, Ltd. serving most recently as senior vice-president where he was responsible for all of APL’s commercial activities in the Trans Pacific, Trans Atlantic and Latin American regions. SeaCube also appointed Hugh MacDiarmid chair of the board. MacDiarmid has been a director of the company since 2013 and has served as interim CEO for the past four months. He has a diverse range of executive and professional experiences that includes serving as Chair of Terrestrial Energy Inc, president & CEO of Atomic Energy of Canada Limited, president & CEO of Laidlaw Transit Inc., and executive vice-president, commercial of Canadian Pacific Railway. 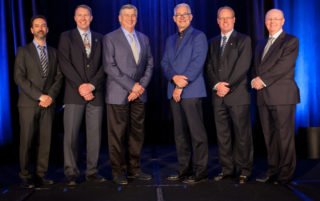 Nick Pedneault  of Congebec Logistics in Québec City was named the 2017-2018 Chairman of the World Food Logistics Organization (WFLO) Board of Governors. As the new chairman, Pedneault will focus on growing the industry and bringing attention to GCCA and its members as experts in the world’s temperature-controlled supply chain. The WFLO is the research and education arm of the Global Cold Chain Alliance (GCCA). Other new WFLO officers elected were vice chairman Paul Henningsen (Henningsen Cold Storage in Oregon), and treasurer Don Dick (Dick Cold Storage in Ohio). Adam Forste (Lineage Logistics in California) was elected to serve a three-year term on the board. Dan Kaplan (Cloverleaf Cold Storage in Iowa) and Mike Pokel (Midwest Refrigerated Services in Wisconsin) were re-elected to three-year terms. Arne Martinsen (Transmar Ltd in California) and Kirk Robertson (Terra Vista Capital in Washington, DC) were re-elected to three-year terms as WFLO public members.