Ajay Virmani, president and CEO of Cargojet was honoured with the Transformational Award in Toronto.  The awards are presented by the Transformation Institute for Leadership and Innovation. Virmani was selected for the Leadership Award and will be included on the Canada 150 Leadership and Innovation list. “This recognition is not about Ajay Virmani, the award is all about TEAM Cargojet.  This award belongs to each and every member of my team, they have earned it and they deserve it, “ Virmani said.  “It has been my pleasure to work with every member of the Cargojet family, they are the true recipients.” 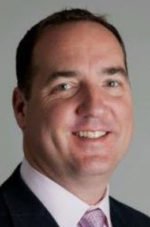 Dave Lowe has joined Honeywell as vice president of sales for the U.S. and Canada in the company’s productivity products business. Lowe joins Honeywell from Samsung where he spent the last six years most recently as the vice president and general manager of enterprise sales for Samsung Electronics America. In his 30 years of experience, he has held a variety of sales leadership roles where he accelerated revenue growth and drove the adoption of enterprise mobility, cloud services and software as a service (SaaS) within large enterprise accounts. 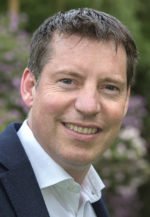 Marie-Huguette Cormier and Esther Gaulin have been appointed to the Québec Port Authority. Both are newly appointed as user group representative, for a term of three years. Cormier holds an MBA with specialization in marketing and management from Laval University and is executive vice-president, human resources and communications, at Desjardins Group. Gaulin is a Chartered Professional Accountant of the Ordre des comptables professionnels agréés du Québec and was a partner of the tax group at Ernst & Young.

Paul John Griffin has been reappointed for one year as president and CEO of Marine Atlantic Inc. He holds a Bachelor’s Degree in engineering.