March 12, 2018
by Inside Logistics Online Staff

March 12, 2018
by Inside Logistics Online Staff

Joan Hardy joins Canadian Pacific Railway Ltd on April 1 as vice-president, sales and marketing, grain and fertilizer. Hardy comes to CP after 12 years at Richardson International, Canada’s largest agri-business and a global leader in agriculture and food processing, where she served as vice-president, transportation. There she was responsible for rail, marine and truck transportation as well as sales contract management and administration across Richardson’s North American network. Before joining Richardson International, Hardy spent 21 years at Canadian National, where she held various roles, including assistant vice-president, sales and senior director in CN’s customer service centre. Hardy will be located in Winnipeg. She is a graduate in Mechanical Engineering from the University of Manitoba and a member of the Association of Professional Engineers in Manitoba. 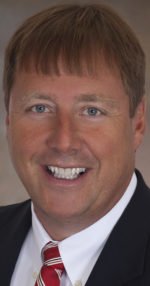 Cooper Tire & Rubber Company has promoted Phil Kortokrax to senior vice-president, global operations and procurement. Kortokrax is responsible for overseeing the company’s global manufacturing operations, which includes eight tire manufacturing plants on three continents, as well as global procurement. Kortokrax joined Cooper in 1990, and by 2003 had progressed to director—internal audit. In 2008 he moved to North America Tire Operations (NATO) as vice-president—dealer channel sales. Three years later, he was made vice-president—strategic marketing and planning, and in 2012, he was appointed vice-president, manufacturing and supply chain—NATO, a post he held until being named to the NATO leadership role in 2015. Kortokrax holds a bachelor’s degree in business systems analysis from the University of Findlay (Ohio), and a Master of Business Administration (MBA) from the University of Toledo (Ohio). 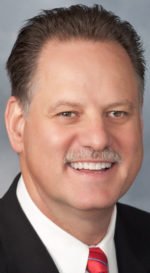 Alliance Shippers Inc., has promoted Steven Golich to chief operating officer. The new role adds to his existing duties as executive vice-president. Golich joined the Alliance team 20 years ago as a vice-president of special projects, with responsibilities for sales and operations. He started Selective Distribution LLC, a freight handling business, as a subsidiary of Alliance Shippers Inc. prior to his 2001 promotion to regional vice-president. In 2015, Golich was appointed to the role of executive vice-president. His latest promotion follows the January 2, 2018, passing of Ronald Lefcourt, president of Alliance Shippers. Golich earned a degree in marketing from Northern Illinois University. He continues to call the greater Chicago area home and intends to maintain offices at both Orland Park and at company headquarters in Englewood Cliffs, New Jersey.

Logistyx Technologies, a builder of Transportation Management Execution (TME) systems, has appointed Geoffrey Finlay, a 35-year veteran of the software and computer technology industries, as CEO. Having previously served as CEO at public companies based in the United Kingdom and the United States and holding chairmanships as well as non-executive director roles in public and venture-backed businesses, Finlay’s expertise combines deep industry knowledge with a keen business savvy. A serial and successful entrepreneur, Finlay’s many business achievements include leading the sale of nCipher to Thales while he was CEO and acting as managing director during the NASDAQ flotation of JDA Software. His previous positions include chairman of UDEX Ltd. and CEO at Kewill Systems, where the company grew to a $1.5 billion (US) valuation under his leadership.