The Canadian Trucking Alliance has chosen from the ranks of the small family business for its latest chairman, naming Gene Orlick, owner and president of Orlicks Transportation Inc, of Calgary to the position for a two-year term. CTA represents over 4,500 trucking companies nationwide. Orlick literally grew up in the trucking business. The original Orlick Transport was started by his uncle, Tom, along with his father, Max, back in the late 1940s. As a kid, Orlick started working on weekdays after school and on Saturdays, basically doing anything that needed doing. By high school he was driving truck every day after classes. After college in BC and Alberta, he rejoined the family business in sales. In 1983, he transferred to Calgary and took on a new position with TransX, opening their Calgary operation. 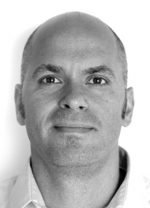 Michael Kuebler, technical director at Smithers Pira’s Lansing, Michigan laboratory, was elected Testing Council Chair by the International Safe Transit Association (ISTA). Kuebler will serve a two-year term in the role. The ISTA Testing Council works collaboratively with industry to develop best practices for limiting the risk of transportation damage in the supply chain. The Testing Council Chair serves as both a leader of the council and a liaison between the ISTA Technical VP and the members of the Testing Council. Kuebler brings a proven expertise in package testing to the council, with a 17-year career specializing in transit simulation and package testing for a wide variety of consumer goods and packaging companies. Kuebler graduated from the School of Packaging at Michigan State University with a Bachelor of Science degree in Packaging Engineering. 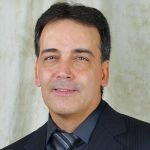 Marc Thibert joins WAGO, as regional sales manager for Southwestern Ontario. Thibert brings to the role several years of experience in the automation sector in both sales and application support. Prior to joining WAGO, he was a district application specialist at Phoenix Contact for more than seven years. He has also held positions in automation support and sales at Omron.