October 23, 2017
by Inside Logistics Online Staff

October 23, 2017
by Inside Logistics Online Staff

The National Retail Federation announced that Macy’s executive chairman Terry Lundgren has been elected chairman of the NRF Board of Directors. Lundgren replaces former HSNi CEO Mindy Grossman, who resigned from the board after leaving retail to head Weight Watchers. In addition, four new members have been elected to the board: Sam’s Club president and CEO John Furner; QVC Inc. president and CEO Mike George; Total Wine and More CEO Adam Orvos; and, Petco CEO Brad Weston.

Ron Kuijpers has recently started as director business development warehousing and distribution at Broekman Logistics. In this role, he will report to Willem Jan van Amersfoort, managing director of warehousing and distribution. Kuijpers has many years of experience in a wide range of commercial and operational positions in the logistics sector, including companies such as UPS SCS, Geodis and Flextronics Logistics. Recently, he expanded and professionalized the global sales organization as director of business development at Jabil.

Ron Krajniak has joined supply chain service provider Morrison Express as vice-president and general manager, Americas region. For over 30 years, Krajniak has worked in various senior leadership positions at a leading global logistics provider. His responsibilities have ranged from local and area management to regional and enterprise operations and process improvement. 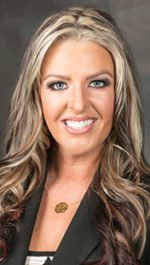 Shannon Hooton joined Saddle Creek Logistics Services as senior director of business development. In this role, Hooton will focus on business growth for all of the company’s logistics services. She will be based in Charlotte, North Carolina. Hooton has been involved in the logistics industry for almost a decade. Prior to joining Saddle Creek, she had an impressive history of selling multi-million-dollar contracts for dedicated operations with West Logistics. Previously, Hooton sold dedicated expedited trucking with Forward Air. She holds a degree in marketing from the University of West Georgia.