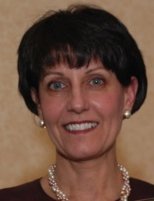 CITT president & CEO Catherine Viglas will retire from her post in one year, at the end of October 2017. Viglas has served as president of the CITT for over 17 years, and will continue with her usual functions and duties as well as support the seamless transition to the new president. “The board would like to take this opportunity to publicly express our deepest thanks and appreciation for Catherine’s tireless energy and commitment to CITT,” said Ginnie Venslovaitis, CITT-Certified Logistics Professional and current Chair of the CITT Board of Directors. “I am not sure we would be where we are today as an organization without her in the role.” A succession planning committee has been formed to recruit a successor.