Appointments promotions, moves and changes in the supply chain sector 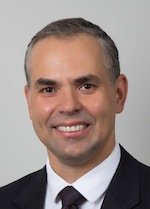 Rogerio Branco has been appointed senior vice president, corporate supply chain management at Eaton, effective February 1. He succeeds Pavan Pattada who was recently named president, Truck North America. Branco has more than 20 years of Eaton experience. Most recently, he held the position of director of operations, vehicle group, South America, managing all aspects of operations and supply chain management. He had previously served as the group’s director, supply chain management. Earlier in his career, Branco served as plant manager in the Vehicle Group’s Truck operations in Pune, India, and as a product line manager in Kings Mountain, North Carolina. He joined Eaton in 1993. Branco holds a degree in mechanical engineering and a Master of Business Administration in finance management. 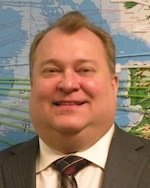 Mjolner Shipping LLC has appointed Kevin Wise as CEO. Wise, a graduate of the United States Merchant Marine Academy with over 14 years’ experience in the shipping industry, joined Mjolner as president and COO in March of 2013. He will retain the role of President along with CEO. Robert Lyons, the company’s CEO since inception, will assume the role of board chairman. Jonathan Jackson, currently a vice-president, has been named the company’s chief commercial officer.