August 12, 2019
by Inside Logistics Online Staff

August 12, 2019
by Inside Logistics Online Staff

Rick Martin, SVP and chief supply chain officer has retired from his role at Lamb Weston Holdings, Inc. The company has named Gerardo Scheufler as its new SVP and chief supply chain officer, beginning Aug. 12, 2019. Scheufler brings more than 25 years of supply chain experience to the role. Most recently he was VP of global operations at Mondelez International, Inc., where he oversaw a major global restructuring program to optimize the global supply chain footprint. Before Mondelez, he spent more than 20 years at Procter & Gamble in a variety of roles of increasing responsibility. 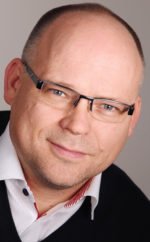 Kevin Valentine has been appointed Softbox’s new global CEO, effective 1st September 2019. Wayne Langlois, global president of Softbox, will return to his former position as a board member for Softbox. Valentine has over 25 years of global executive leadership experience in the temperature control packaging and thermal covers solutions for the pharmaceutical industry. 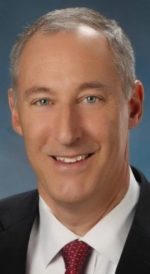 Owens & Minor, Inc. has hired Mark Zacur as SVP, chief procurement officer. Zacur brings over 20 years of experience in supplier management, including various leadership roles in healthcare distribution and manufacturing. He has also served as a board member of The Health Industry Distributors Association (HIDA) since 2012 as well as HIDA’s board chairman in 2015. He replaces Charlie Colpo, SVP, strategic supplier management, who has been with O&M for 38 years, and will retire in August. Colpo is a long-time leader within the company and the industry.

Andrea Robertson and Edward Hamberger have been appointed to the board of directors of Canadian Pacific Railway Limited. Robertson has been president and CEO of STARS Air Ambulance since 2011. Prior to this, she spent nearly 30 years in health care, including in vice-president and senior vice-president roles with Alberta Health Services. She is a member of the board of directors for the Calgary Airport Authority and was named a Women’s Executive Network (WXN) Canada’s Most Powerful Women: Top 100 winner in 2014. Robertson holds a Bachelor of Nursing and Master of Health Administration. Hamberger recently retired as president and CEO of the Association of American Railroads (AAR). He led the AAR for over two decades, making him the longest-tenured head of the 84-year-old organization. Hamberger has over 40 years of experience in public policy, having worked in the executive and legislative branches of the United States Government, as well as an attorney. Hamberger received his Juris Doctor and a Master of Science and Bachelor of Science in Foreign Service from Georgetown University.