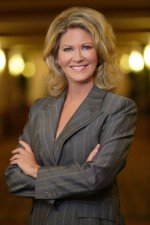 The Board of Directors of the Intelligent Transportation Society of America (ITS America) has named Regina Hopper president and CEO. Hopper is a veteran executive of major Washington industry associations. She most recently served as president and CEO of America’s Natural Gas Alliance. She also served as executive vice president of USTelecom and the American Trucking Associations where she oversaw internal operations, connected advocacy to non-dues revenue generation, and managed external policy advocacy and communications. A 2011 Johnson Fellow at the University of Arkansas, Hopper holds a Juris Doctorate and a Bachelor of Arts in Political Science from the University of Arkansas.

FedEx Trade Networks, the freight forwarding and Customs brokerage arm of FedEx Corp, has appointed Udo Lange as executive vice president and COO. Lange is responsible for overseeing all global air and ocean freight forwarding and customs brokerage operations for the company. He has more than 20 years of experience in the international trade industry with expertise in global freight forwarding and logistics. Before joining FedEx Trade Networks, Lange held executive leadership positions with leading international transportation providers where he led successful operational excellence and corporate quality initiatives centered on continuous improvement.

Bluff Manufacturing, a manufacturer of material handling, dock and warehouse equipment, storage structures, and safety barriers, welcomes Lane Moss as vice-president of operations. Moss holds a Bachelor of Science degree in Manufacturing Engineering from the University of Houston and has more than 25 years in the industry. He was previously employed as a plant manager at Peerless Manufacturing Company where he led a team of 90 highly-specialized employees including engineers, supervisors, planners, buyers, HR coordinators, fabricators and welders. 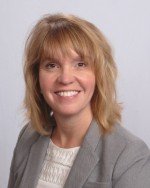 Con-way Freight, the less-than-truckload (LTL) carrier and subsidiary of Con-way Inc, has promoted Lori Blaney to vice-president of national account sales. Blaney began her career with Con-way in 1993 as an account manager and undertakes her new duties immediately. In her new role, she heads a team of more than 40 senior sales professionals. Based in Ann Arbor, Michigan, she reports to Stephen Dean, Con-way Freight’s senior vice president of sales. Blaney’s 20-plus-year career at Con-way has seen her advance through a variety of positions with increasing responsibility. She is a 2014 graduate of Con-way’s Advanced Leadership Preparation for Highest Achievement (ALPHA) program and has been recognized with the company’s Quarterly Leadership Award.