by Inside Logistics Online Staff December 14, 2020

Darrell Ford has been appointed UPS‘s chief human resources officer. Charlene Thomas leaves that position to take on the role of chief diversity, equity and inclusion officer, a new position on the company’s executive team. Both appointments are effective January 1, 2021. Most recently, Ford led DuPont’s H.R. functions and activities. Previously he held leadership roles with Xerox, Advanced Micro Devices, Shell and Honeywell, during a 30-year career. Ford earned a BA in psychology, MBA and Juris Doctor degrees from Rutgers University. Thomas’s new responsibilities will include furthering UPS’s programs and initiatives to improve diversity, equity and inclusion 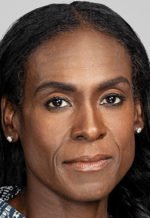 (DEI), and tracking and communicating progress toward DEI goals. Her engagement will also extend to UPS suppliers, customers and other external partners to encourage the adoption of more proactive DEI efforts. Thomas began her UPS career in 1989 and has progressed through various leadership roles at the company. She earned her bachelor’s degree in psychology from Temple University and her MBA from Eastern University.

Terminal towing outfit Svitzer is appointing Rutger Thulin as new managing director for the Terminal Towage Cluster in the Americas, spanning Svitzer’s operations in Canada, Peru, Costa Rica, Statia, and the Bahamas. Thulin comes with a proven track record from different management positions throughout his 14 years with the A.P. Moller-Maersk Group. He has been with Svitzer for seven years, and for the past four years, he has been managing director for Svitzer Brazil.

The International Air Transport Association (IATA) announced leadership changes approved by the 76th IATA Annual General Meeting (AGM). Robin Hayes, CEO of JetBlue is now chairman of the IATA board of governors (BoG), succeeding Carsten Spohr, CEO of Lufthansa. Hayes will serve a term commencing immediately and ending at the conclusion of the Association’s 78th Annual General Meeting to be held in 2022. Hayes will serve an extended term covering two AGMs due the disruption to governance cycles necessitated by the COVID-19 crisis. Rickard Gustafson, CEO of SAS Group will serve as chairman of the BoG from the conclusion of the 78th IATA AGM in 2022 until the conclusion of the 79th AGM in 2023. Willie Walsh, former CEO of International Airlines Group (IAG) will become IATA’s 8th director general from 1 April 2021. He will succeed Alexandre de Juniac, who has led IATA since 2016 and who will step down at the end of March 2021.