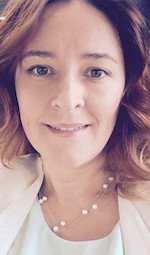 Tammy Gauthier has joined Andy Transport as vice-president, marketing and human resources. Gauthier brings over 20 years of experience. Before joining Andy, she held several executive positions in human resources and marketing departments in various industries, including fashion, transportation and logistics. 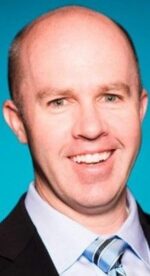 American Airlines Cargo has appointed Sam Mendenhall vice-president, operations. The appointment follows the retirement of former operations leader David Vance after a 34-year career at American Airlines. Mendenhall joins the cargo team with 22 years of experience at American, where he most recently led the organization responsible for all crew scheduling at the American Integrated Operations Center. Before that, he worked for many years in finance for the airline. Mendenhall will begin transitioning to his role immediately and reports directly to Jessica Tyler, president of cargo and vice-president operations innovation and delivery. Cargo veterans Tim Paliganoff, Eric Mathieu, and Elzbieta Kizer will report to Mendenhall.

The federal minister of transport has appointed Julie Margaret Mills, of Ottawa, Ontario, as the part-time vice-chairperson of the Great Lakes Pilotage Authority. Her term will last until June 13, 2022.

The federal minister of transport has reappointed Patrick Vermette of Kingston, Ontario, as chairperson of the Transportation Appeal Tribunal of Canada for a term of two years effective September 2, 2021.

Tompkins Solutions has named Randy Price vice-president of its material handling integration division. Price has over 30 years of experience providing material handling and logistics design and implementation services in a wide variety of industries, including automotive, pharmaceutical and consumer goods, among others. Before joining Tompkins, he was vice-president of Hirata Corporation of America, a global industrial equipment manufacturer, where he led the sales and delivery of material handling integration and production systems solutions. Price holds a Bachelor of Science in Computer Integrated Manufacturing and Engineering from Indiana State University.