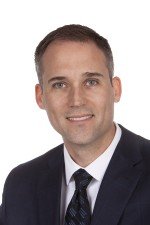 Mark Dienesch has been appointed to VersaCold Logistics Services‘ executive team as leader of its sales and marketing customer solution team. He joins VersaCold from iMD Health where he held the role of COO. Prevoiusly Dienesch was vice-president sales for National Fast Freight and held progressively senior roles with Consumer Impact Marketing (now Mosaic Marketing) and GE Capital. He holds an HBA from the University of Toronto and is currently completing his CCLP designation from the Canadian Institute of Traffic and Transportation.

Larry Rodo has been named president and CEO of Consolidated Fastfrate Inc and its subsidiaries, effective June 15, 2015. Rodo has broad experience in the North American transportation and logistics industry. Most recently, he held the position of President of Day & Ross Freight North America. His background also includes extensive commercial and operations experience in both Canada and the US. Rodo is a graduate from the University of Toronto, as well he has earned his P.Log, CCLP and CMILT designations.

David Morneau, business development director at Morneau Eskimo (part of Groupe Morneau), has been appointed chairman of the board at the Fondation pour la formation en transport routier and president of the Workforce Committee at l’Association du camionnage du Quebec, thus taking over from Bernard Boutin, the Foundation’s Chairman from 2009 to 2012 and 2014 to 2015. Since 1992, the Foundation’s mission, together with its partners, includes awarding annual scholarships to vocational, collegiate, and university students in the field of transport, in order to stimulate a stronger interest in the freight industry. The Foundation works closely with various institutions and organizations to ensure the industry’s ability to successfully address recruitment challenges.

Scott Streiner of Ottawa, Ontario, is the new chairperson, member, and CEO of the Canadian Transportation Agency for a term of five years. Streiner has occupied several executive positions, including Assistant Secretary to the Cabinet, Economic and Regional Development Policy at the Privy Council Office, Assistant Deputy Minister, Policy at Transport Canada, Executive Director of the Aerospace Review, Assistant Deputy Minister, Policy with the Labour Program, and Vice President, Program Delivery at the Canadian Environmental Assessment Agency. He has also taught university courses and seminars at Carleton University. He holds a Master of Arts in International Affairs and a Ph.D. in Political Science from Carleton University in Ottawa.