June 3, 2019
by Inside Logistics Online Staff

June 3, 2019
by Inside Logistics Online Staff 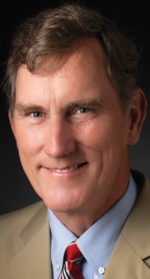 The board of directors of the Georgia Ports Authority has elected William McKnight as chairman. McKnight, who served as vice-chairman since 2018, will assume his new responsibilities July 1. Following his graduation from university in 1979, he continued to work for his family-owned construction company in Augusta and has been the president since 1996. McKnight has overseen the completion of over $1 billion in construction projects. He has served on the Georgia Ports Authority since 2014 where he has chaired the development committee and finance committee and served as the secretary treasurer. Along with McKnight, the board elected Patrick “Kelly” Farr Jr. as vice-chairman, while Joel Wooten will remain in his role as secretary-treasurer. 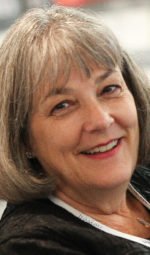 Regina Bailey has joined Menasha Packaging Company, LLC, as senior director retail and category strategy for Walmart. In her new role, Bailey will direct Menasha’s “Center of Retail Excellence” in Bentonville, Arkansas, where project managers, data analysts and graphic designers work with Walmart merchants to develop optimized merchandising supply chain solutions for vendors and brands selling through the Walmart network, both in-store and online. Bailey has more than 35 years of experience in the consumer packaged goods (CPG) industry and has held leadership positions at organizations including Unilever and Kimberly-Clark Corporation. She most recently served as Director of Category Leadership, U.S. & Canada, for Newell Brands. Bailey has a master’s degree from Texas A&M University. 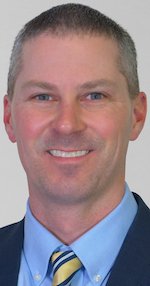 Automated Packaging Systems has promoted Jay Patras to vice-president of sales, North America. In his new position, Patras will have responsibility for managing the day–to–day operations of the company’s North American sales channel. He will also serve as a member of the executive team reporting to  president, Cliff Brehm. Most recently, Patras was national field sales director for automated packaging systems. before that he was the northeast regional business director for the company, successfully managing both the sales and service operations for that region. He succeeds Brad Worman, who has retired after 40 years of dedicated service.