March 15, 2021
by Inside Logistics Online Staff

March 15, 2021
by Inside Logistics Online Staff 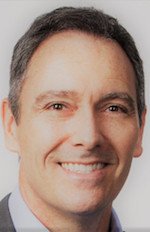 Ballard Power Systems has appointed Paul Dobson as senior vice-president and chief financial officer, effective March 29, 2021. Dobson will replace Tony Guglielmin, who is retiring after serving as CFO since 2010. Guglielmin will continue to serve in an advisory role until May 31, 2021. Dobson has extensive executive-level experience in the energy and financial sectors. He currently serves on the board of directors of Methanex Corporation. He most recently served as CFO and Interim CEO of Hydro One. Previously, he held senior financial and operating roles at Direct Energy for 15 years, including as CFO and COO. He also worked for 10 years at CIBC in finance, strategy and business development roles. He earned an MBA from the Ivey Business School, Western University, and is a CPA, CMA.

Winnipeg Airports Authority announced the re-appointment of Brita Chell as chair of its board of directors for 2021 and the appointment of Susan Dawes as vice-chair. Chell joined the board six years ago and became the first female chair in the history of WAA in January 2020. She recently retired as chief financial officer of G3 Canada Limited. Dawes has been on the board since January 2018. She is a partner at Myers LLP and a member of the Canadian Association of Labour Lawyers, where she previously served as vice-president. She is also part of the Manitoba Bar Association and Canadian Bar Association. In addition to the appointments of Chair and Vice Chair, WAA is pleased to welcome a new member to its Board of Directors. Adam Kilfoyle is managing partner at Heartland CPAs and was nominated by the Assiniboia Chamber of Commerce. 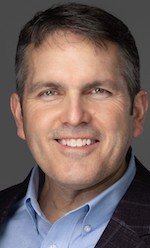 Phil Peck has been promoted to the position of president of Epes Transport from his current role as chief operating officer, which he has held since 2019. Peck assumes the role following the recent retirement of Richard Kuehn, who helped lead the Epes organization for 23 years. Kuehn will stay on with Epes as an advisor to help with the leadership transition. Peck began his career at Epes in 1995, following 10 years in the moving and storage business. Over the last 25 years, he has served in multiple capacities at Epes including dispatch, planning and customer service. Peck played a key role when Penske Logistics acquired Epes in 2018. In his new role, he reports to Marc Althen, president of Penske Logistics.