March 30, 2020
by Inside Logistics Online Staff

March 30, 2020
by Inside Logistics Online Staff 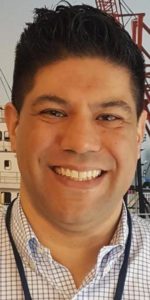 Diego Labelle has been named Director, Port Logistics at the Montreal Port Authority effective March 23, 2020. A geographer by training, Labelle held a number of management positions at Canadian National (CN) before joining the Montreal Port Authority (MPA). He brings over 20 years of experience leading multidisciplinary teams in the departments of risk management, intermodal operations and innovation. He was also employed by Aqua-Jet Cargo as an international transportation consultant. His track record gives him solid skills in operations management and an excellent understanding of logistics-related issues. 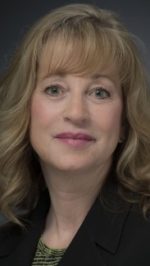 The Association for Manufacturing Excellence (AME) has named Kimberlee Humphrey as president and CEO. Humphrey has a long history with AME as a member and volunteer. She has served in several volunteer roles including director of alliances for AME’s management team, Southeastern Region board member, AME Excellence Award examiner, and AME International Conference committee member. She succeeds George Saiz, who recently retired. Outside of her AME volunteer roles, Humphrey has significant experience as a lean expert. For the past decade, she has held various process excellence, project management, and supply chain roles for Newport News Shipbuilding. Previously, she was executive director of the Virginia Conflict Resolution Center, the founder of a consulting and training organization, and held several supply chain, quality and operations leadership roles of increasing responsibilities for domestic and international companies in the automotive, business system and public transit software solutions industries. Humphrey earned a bachelor’s degree in business administration from Nazareth College in Rochester, N.Y. 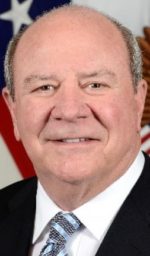 The American Association of Port Authorities (AAPA) has chosen U.S. Assistant Secretary of the Army Rickey “R.D.” James to receive the 2020 Port Person of the Year for his dedication in leading the U.S. Army Corps of Engineers (Corps) to streamline processes for maintaining and improving the United States’s civil works infrastructure, including its deep-draft shipping channels. James was sworn in on Feb. 5, 2018, as the Corps’ 12th Assistant Secretary of the Army for Civil Works. He is charged with establishing policy direction and supervising all the functions relating to the Corps’ Civil Works program. These include programs for conservation and development of water and wetland resources, flood control, navigation and shore protection. Previously, James was a self-employed farmer and manager of cotton gins and grain elevators for the A.C. Riley Company, in New Madrid, MO. On Dec. 1, 1981, President Ronald Reagan appointed him to the Mississippi River Commission for a nine-year term, after which Presidents George H.W. Bush, George W. Bush and Barrack Obama each reappointed him to successive nine-year terms.