France Pégeot has been appointed chairperson of the Canadian Transportation Agency (CTA) for a term of five years. Pégeot most recently served as executive vice-president of the Canadian Food Inspection Agency. Previously, she held assistant deputy minister positions at Agriculture and Agri-Food Canada, Justice Canada, Fisheries and Oceans Canada and Industry Canada. She was also assistant deputy minister with the Federal Economic Development Agency for Southern Ontario in Policy, and with Canada Economic Development for Quebec Regions. Before becoming an assistant deputy minister, Pégeot participated in an Interchange assignment as a visiting executive with Encana Corp. in Calgary and worked in various departments, including Health Canada, and the Privy Council Office. She started her career in the Quebec Ministry of Agriculture, Fisheries and Food. She earned a Master of Policy Analysis, and Bachelor of Food Science and Technology, both from Université Laval, in Montreal. 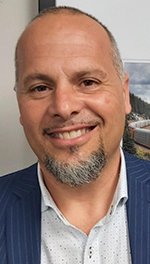 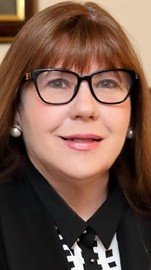 Eileen Mac Donald has been promoted to the position of president and CEO of GS1 Canada effective May 1, 2021. On April 30, 2021, founder Art Smith retired from his role as CEO for GS1 Canada. After 19 years at GS1 Canada, Mac Donald was the Board of Governor’s natural choice to become the next CEO.

Curtis Jay Foltz has been appointed chairman of the board of directors for Logistec. An independent director of Logistec since 2017, he has been a member of numerous committees. Foltz currently provides executive advisory services in the international maritime, port, logistics, and transportation sectors. He most recently served as executive director of the Georgia Ports Authority (GPA) from 2010 to 2016. Before joining the GPA, he was vice-president of operations of CSX World Terminals. He also spent 13 years in management positions at Sea-Land Service.