October 14, 2019
by Inside Logistics Online Staff

October 14, 2019
by Inside Logistics Online Staff 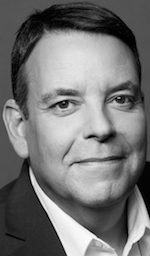 Logistec Corporation veteran Michel Miron will take the helm as head of its Gulf Stream Marine, Inc. (GSM) operations. As executive vice-president of GSM, Miron will oversee all operational management and commercial activities in GSM’s port terminals throughout the U.S. Gulf Coast. With over 30 years of hands-on experience in the marine and transportation industry and 20 years as a member of Logistec Stevedoring’s senior leadership team, Miron has been instrumental in identifying emerging market opportunities and implementing innovative solutions to serve LOGISTEC’s customers. 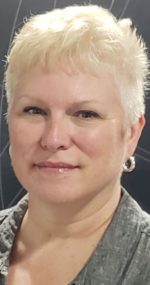 Karen Perry has joined Magline, Inc. as customer service manager. Perry will oversee the customer service team, providing training and coaching programs designed to provide the company’s customers with the highest level of support. Perry brings human resources, operations and marketing expertise to Magline and prides herself in her abilities to lead, coach and assist with process development and execution.

Ching Pong Quek will serve a further five years on the Executive Board of Kion Group AG. The Supervisory Board reappointed the Chief Asia Pacific Officer as one of the five members of the executive team at the Kion Group. Quek’s new five-year term begins on July 1, 2020. Quek joined the Executive Board of the KION Group in 2013. He took overall charge of the Kion Group’s Asian business in 2008. Since 2006, he has also been CEO of Linde (China) Forklift Truck Corp., which is based in Xiamen.

Jeffery C. Owen has been named chief operating officer with responsibility for store operations, merchandising and supply chain for Dollar General. Owen, a Dollar General veteran with more than 25 years of retail experience, returned to the company in June 2015 to serve as executive vice-president of store operations overseeing nearly 16,000 stores, as well as the real estate and new store development functions. Owen first joined Dollar General in 1992 as a store manager and served Dollar General in various roles of increasing responsibility. He earned a bachelor’s degree and Master of Business Administration from Vanderbilt University.