Will accommodate even the largest Ultra Large Container Vessels 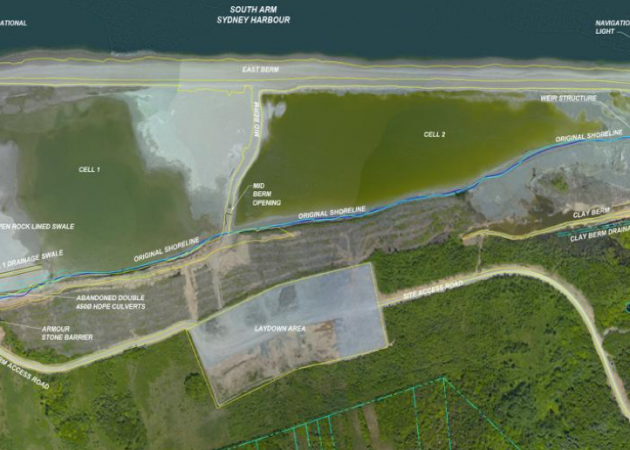 “The name reflects the international nature of our project”, said Albert Barbusci, CEO of HPDP. “NOVA is Latin for new and port is spelled with an E to recognize that this will be both a gateway and transshipment hub”, he added. The adjacent Logistics Park will be known as NOVAZONE. Both will operate within a recognized Foreign Trade Zone.

Sydney has set aside nearly 2,000 acres for development of this project. The harbour is dredged down 16.5 meters and can accommodate even the largest Ultra Large Container Vessels.

“When completed NOVAPORTE will be the most modern, efficient, lowest cost and greenest port in North America”, said Marlene Usher, Chief Executive Officer of Port of Sydney.

Well-known Canadian Developers Canderel is partnering with Harbor Port Development on this project. Chairman and CEO Jonathan Wener commented that “NovaPorte and its adjacent Logistics Park NOVAZONE promise to change transportation patterns in eastern North America. This is an exciting opportunity for Canada to play a decisive role in international trade.

In 2015, Cape Breton Regional Municipality has granted Harbor Port Development Partners (HPDP) the exclusive right to market the port of Sydney for development, including building the financial and operating consortium to construct a state of the art container terminal and logistic park able to accommodate the latest generation of ultra large container vessels. Canadian and offshore funding partners have been identified and building partners include China Communication Construction Company and American giant Bechtel.