2020 looks to be record year for industrial real estate 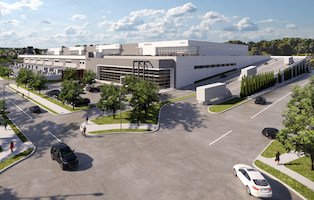 Canada’s commercial real estate market is entering 2020 with strong momentum, setting the stage for what could be an unprecedented $50-billion year in investment volume, the highest on record, according to CBRE’s “2020 Canadian Real Estate Market Outlook Report”.

“There are challenges ahead, including rising rents, limited office and industrial space, new technologies and the all-important issue of climate change. But ingenuity across our industry has demonstrated that creative solutions and skillful management of these issues can ensure the real estate market’s ongoing success.”

According to the “Canada Investment Outlook, Year-end 2019” report by Jones Lang LaSalle (JLL) industrial vacancy has fallen to its lowest point on record nationally as well as in Toronto, Vancouver, Montreal and Ottawa. Net rents are up by over seven percent nationally.

The move to e-commerce fulfillment, which requires up to three times as much warehouse space as traditional retail, has led to record demand for space. Transportation and warehousing are increasingly driving the industrial market, rather than manufacturing which has seen setbacks stemming from volatility in export markets.

JLL notes that the space shortage in Canada’s largest markets is forcing developers to look at different types of solutions. In Vancouver, for example, Oxford Properties has announced plans to build the country’s first multi-storey warehouse. In Mississauga, Greyson Construction is building an 80-foot high warehouse that takes up one fourth of the footprint of a typical structure.

Likewise, CBRE says the lack of large-bay options is forcing tenants to contemplate not being able to house all their operations in a single distribution centre in a major market, and companies are pivoting to bookend cities with smaller mid-sized locations. Mid-sized domestic players and private capital are expected to jump at the chance to acquire higher-yielding assets in the year ahead in places like Ottawa, Waterloo Region, Hamilton, the B.C. Interior and the province of Quebec.